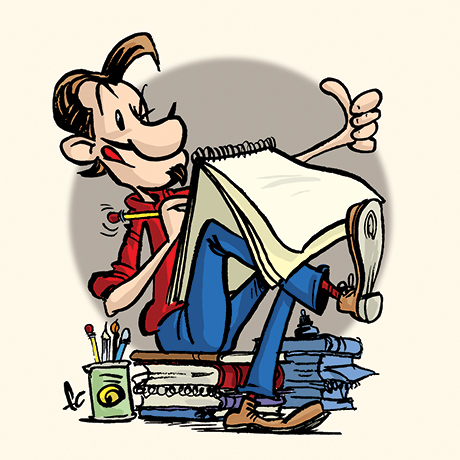 Frank is the former award-winning political cartoonist for The Post-Standard newspaper in Syracuse, NY. His cartoons have been reprinted in The New York Times, The Washington Post, USA Today and Newsweek.

He has written fiction and satire with his good friend Hart Seely. Their work has appeared in The New Yorker, The New York Times, The Village Voice, Slate, and on National Public Radio. He’s the co-author of 2007-Eleven and Other American Comedies.