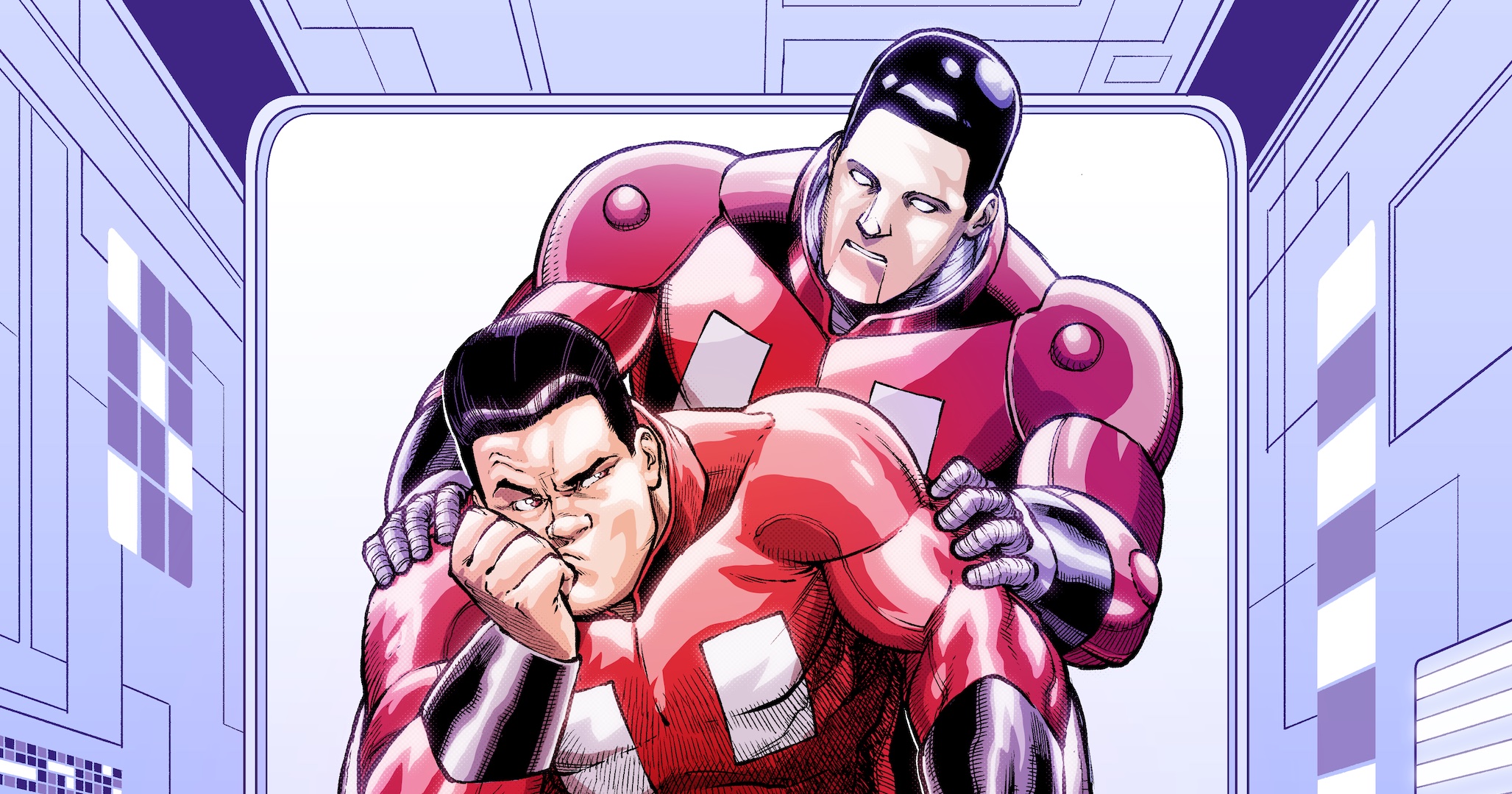 “It’s not easy being the world’s greatest superhero — especially when you’re all too aware of your own shortcomings.”—THE HOLLYWOOD REPORTER

“Both funny and compelling… By starting with a baseline understanding of superheroics that we can all get behind, and then throwing the rulebook out the window almost immediately, Peyer and Robinson allow themselves to skip all the predictable bits of worldbuilding we might expect from another new superhero book. Instead they aim for unpredictable worldbuilding, propelling us headlong through the story with Peyer's lean and witty script and Robinson's delightful, classic-yet-singular art.... I can't wait to see where this playful new series goes next.”—SYFY WIRE

“Brilliant… Penultiman continues to be an original journey through a Hero’s psyche. … Once again Alan Robinson rules with his artwork. Just like in the first issue, he captures the angst in our complicated hero’s face with skill. … Along with Lee Roughridge’s vibrant color work, it is a brilliant book maintaining the quality that Ahoy has set a standard for.”—GEEK VIBES NATION

“Penultiman is 2020’s hero: the man who can do anything but still feels like a letdown. The superhero who believes his android does a better job than he does at being himself. It’s the perfect series for lovers of superheroes and for those who love fresh twists on classic ideas.”—AIPT

“Our Superman-esque protagonist’s navel-gazing functions perfectly as near pitch-black comedy and as well written characterization. … None of this suffering would be survivable for the audience without the work of Alan Robinson and Lee Loughridge.”—MULTIVERSITY

“Painfully relatable… No publisher does superhero satire better than AHOY Comics… A must-read for 2021.”—COMICS BOOKCASE

“In a word, spectacular… both hysterical and heartbreaking. … Not to be outdone by Peyer’s genius wordsmithing, Alan Robinson’s artwork conveys all the pain, angst and all around misery in just a few strokes of his pen.”—DC COMICS NEWS

“Penultiman is Tom Peyer and Alan Robinson in contemplative mode. That doesn’t mean Penultiman isn’t outright hilarious—good lord, is it ever—but the book’s central premise...explores emotional avenues that the superhero genre rarely bothers with. (Or bothers with this well.) Robinson & Lee Loughridge’s art is squeaky-clean and expressive; they get up to all sorts of AHOY-branded mischief in this beaut. Penultiman is Alexander Payne by way of MAD Magazine, I’m not even joking. Add it to your shelf.”—DOOM ROCKET

“This isn’t your average hero comic… Penultiman is full of edgy, dark humor, and it’s structured impeccably well. … Everything is absolutely gorgeous. Alan Robinson’s art is that of any iconic superhero title. … This is a really smart, dark and oddly humorous comic.”—BLAKE’S BUZZ

“Since launching in 2018, AHOY Comics has quickly blossomed into one of the most innovative and creative publishers in the industry.  Under the stewardship of Hart Seely, Tom Peyer, Stuart Moore, and Frank Cammuso, AHOY has brought a sense of fun back to comics.”—FORCES OF GEEK