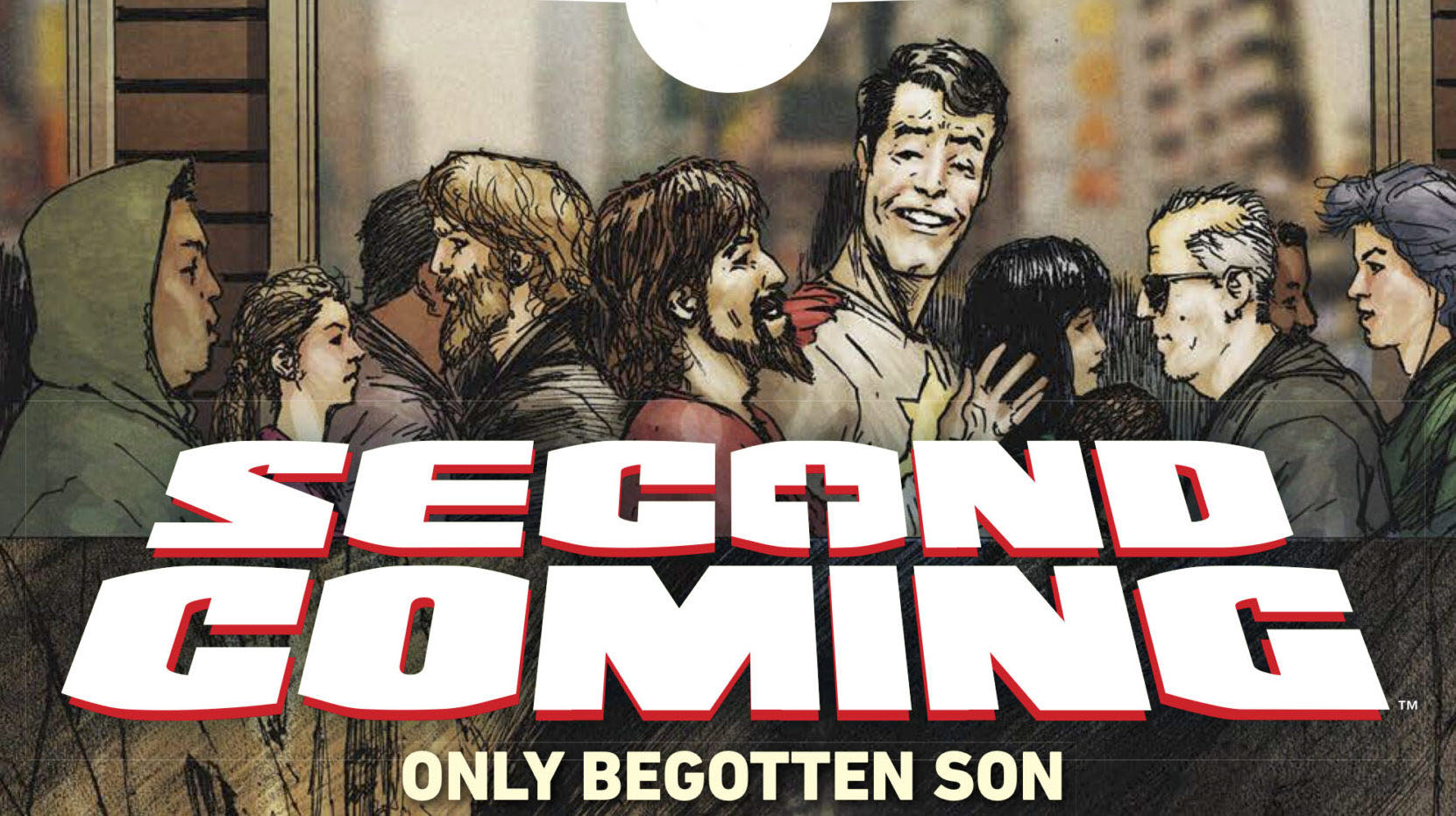 “A surprisingly subtle and sensitive exploration of faith, hero worship, and the way both exist in today’s popular culture — all wrapped up in a mixed-match buddy comedy that also featured one of the most unexpected depictions of God one could imagine.”—THE HOLLYWOOD REPORTER

“Second Coming speaks to the hypocrisy of the modern religious, the blindly organized, and the corporate theological elite. … AHOY has a hit here, and I beg you all to read this series.”—PANEL PATTER

“This is a contender for the funniest comic book about the end of a world… And when the serious scenes of the issue do arise, the art team manages to capture that emotional heart.… Russell, Pace, and Kirk [are] not missing a step.”—CBR

“Full of razor-sharp wit as it holds up a mirror to our own contemporary society… Mark Russell pulls no punches with his social commentary, but does it in a way that doesn't feel like you're being beaten up by it. It is, in a word, fantastic.”—COMICBOOK.COM

“Funny, bold, and striking… The wonderful characters are absurd, comical and enjoyable. The fact that scenes from this comic are still in my head a couple of days after reading it is a testament to design and delivery of the characters. ... The enjoyment after finishing this, and the smiles that come from the absurd story, is an experience that grim and dark comics are rarely able to deliver.”—FLICKERING MYTH

“One of the most interesting books from publisher AHOY Comics.”—COMICS BEAT

“As always, Richard Pace illustrates the story with his typical powerful biblical style. Which is an interesting dichotomy when contrasted to Russell’s occasional whimsical musings. Put it all together and it makes Second Coming: Only Begotten Son unlike any other book in comics. And that is definitely a good thing.”—GEEK VIBES NATION

“A crystalline parody of superhero origins that subverts the genre with wickedly relevant satire… Every page is chock full of biting quips and emotional nuances for readers to latch on to. Pace’s stunning art – as usual – only serves to magnify the emotional depth of the dialogue. ”—COMIC BOOK YETI

“A welcome return of one of the best comics in recent years... Mark Russell continues to prove to me that he is America’s best working satirist. … Beautifully drawn, scripted and executed.”—DC COMICS NEWS

“Mark Russell, Richard Pace and Leonard Kirk deliver another satirical swipe at the commodification of Christianity, but with a poignant message too… A book that’s as much a modern take on the teachings of Christ as it is a satire on the corruption of said teachings by corrupt institutions and individuals.” —COMICON.COM

“No smarter and funnier send up of superhero worship culture.”—COMICS BOOKCASE