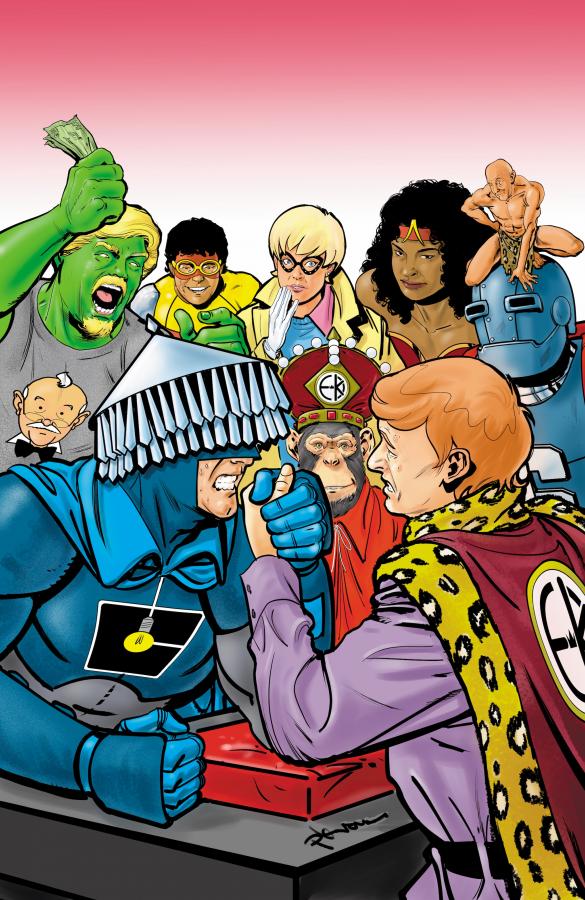 "One of the most hilariously offbeat superhero comics on the stands” (IGN) returns, from the original creative team of Mark Russell (SECOND COMING), Bryce Ingman, and Peter Krause (Irredeemable)! Someone is killing capes—or would be, if they were better at it. Will this crisis draw the crime-fighting Chandelier out of retirement? PLUS! Emperor King adopts a new costumed identity so he can get a date!

For every 2 copies of cover A (Krause) ordered, retailers will be eligible to order 1 copy of cover B (Shaky Kane).