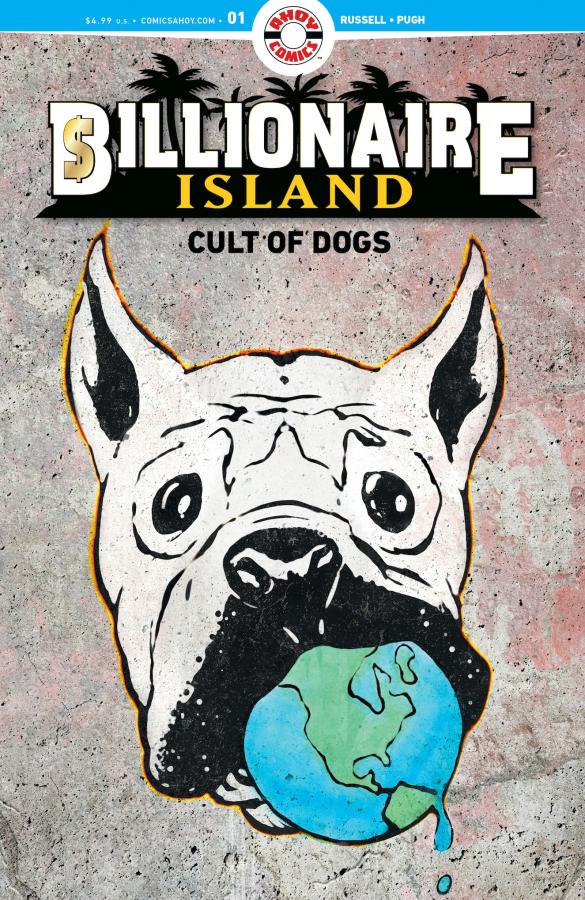 The long-awaited return of the “series that’s simultaneously infuriating and hysterically funny in its indictment of not just the 1%, but of the people—and the economic system—that enable them” (Comics Beat). The year is 2046, two years after Billionaire Island fell—taking the world’s economy with it. Only one man—er, dog—can save us now. But where IS Business Dog? By writer Mark Russell (Second Coming, One-Star Squadron) and artist Steve Pugh (Animal Man)!

Featuring cover A by co-creator Steve Pugh and incentive cover B by Shannon Wheeler (Too Much Coffee Man).