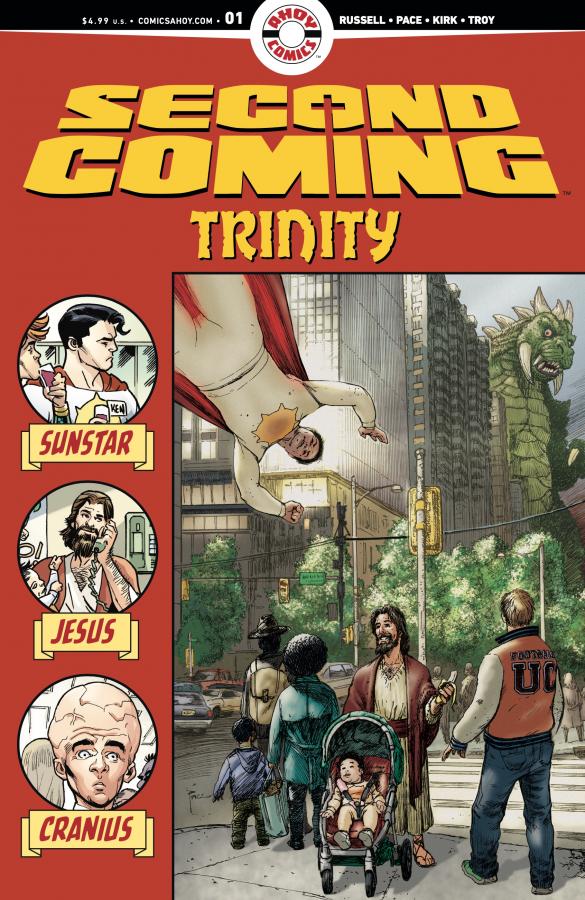 Back again: The book that turned the comics industry upside-down with “quite a bit of humor…[and] a lot of heart” (The New York Times). Jesus Christ, the Son of God, tackles his biggest challenge in 2000 years: babysitting a child with super powers! Meanwhile, his roommate—the superhero called Sunstar—faces his greatest enemy, and his own guilt, in a court of law. Written and co-created by 2022 Eisner winner Mark Russell (Not All Robots, BILLIONAIRE ISLAND) with art by co-creator Richard Pace and Leonard Kirk.