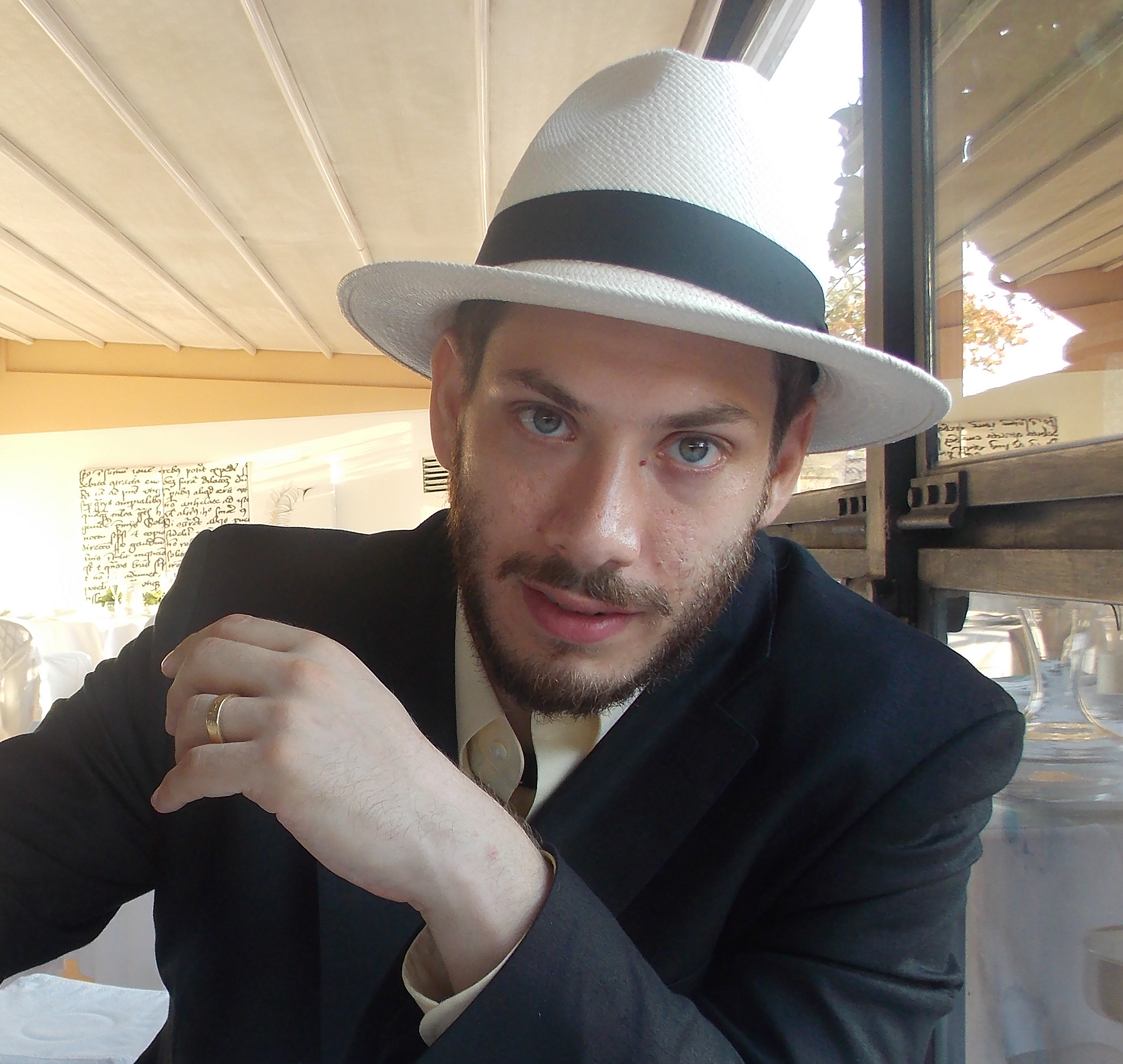 A. A. Rubin surfs the cosmos on winds of dark energy. He writes in many genres, from comics to formal poetry, literary fiction to sci-fi/fantasy, and almost everything in between. His work has appeared recently in Love Letters to Poe, Tales From The Dream Zone (Flying Ketchup Press), and Remnants (Fedowar Press). He is a two-time Writers Digest Award winner (rhyming poetry; genre fiction), and the prose editor at Comic Book School. He can be reached on social media as @TheSurrealAri, or through his website www.aarubin.com.

In the beginning, when The Lord created the heavens and the earth, he was quite drunk. All was chaos and void, and God’s spirit blew back and forth, uneasily, across the vast reaches of nascent space-time. Suddenly, eternity started spinning, and The Lord stumbled. He felt queasy, like he was falling through the never-ending abyss. He exerted his considerable mental faculties on orienting himself, but he soon realized that had been a mistake. Bending over, hands at his knees, The Lord took a deep breath, but despite his purported omnipotence, he seemed powerless to quell that which was rising from his gargantuan belly. He opened his unfathomable mouth wide and regurgitated the previous night’s hazy memory. From this cosmic vomit grew all of creation.

The Lord felt better, momentarily. He stretched his mighty arm above his head, and inadvertently, pulled down the curtain of darkness.

“Why is it so bright in here?” he asked, then covered his eyes with his massive hand to try to sleep it off.

And it was evening, and it was morning, the first day.

Some of the liquid The Lord regurgitated the night before had evaporated overnight. In the morning, it began to rain on The Lord’s head. He hastily built a firmament, which divided creation into the heavens and the earth, and which kept about half the liquid above the barrier, so he could get some rest.

And it was evening, and it was morning, the second day.

It was a good thing he had left some of the water below the firmament, because when he awoke the next day, The Lord was parched. He drank about half the liquid left on Earth, revealing the land that lay beneath.

The Lord tried to go back to sleep, but soon woke again because he had to take a massive piss. Since his issue was imbued with the power of creation, the Earth sprung forth grass and trees, all manner of vegetation.

And it was evening, and it was morning, the third day.

The Lord woke the next morning, still bothered by the light which, in his hungover state, gave him a splitting headache. He shielded his eyes from the incessant glare with his left hand, and with his strong, right hand, he gathered the light, forming it into more manageable portions. Thus, he created the heavenly bodies by which people now keep time: the sun, the moon, the planets, and the stars.

And it was evening, and it was morning, the fourth day.

Some of the divine piss, which the creator had released on the third day, drained through the soil and ran off into the sea, while the rest evaporated into the air. Its life-giving power coalesced with the basic elements in the sea and in the sky. Life formed in the oceans and birds appeared in the sky. The racket of their squawking kept the creator up all night.

And it was evening, and it was morning, the fifth day.

After a while, some of the life-forms from the ocean crept up onto the land. Subsiding on the vegetation, which was filled with The Lord’s power, they grew and changed into complex animals of every species before the creator dragged himself out of bed.

Those creatures who remained in the ocean continued to evolve as well. Great sea monsters, squid, kraken, and all manner of sharks fought for supremacy, but all were subdued by the great Leviathan who, in the absence of the still-sleeping creator, established themself as ruler of the vasty deep.

Back on land, giant lizards ruled for a time, and the rest of the animals cowered in fear of these great behemoths. The sound of their massive footfalls reverberated even unto heaven, disturbing the divine slumber. Half asleep, The Lord conjured a massive boulder out of his subconscious dreamland and hurled it down at the Earth to try and quell the noise. It worked, for a time. The dust from the impact choked the great reptiles, killing them instantly, and wiping their memory from the Earth for many years.

All was quiet for a time but, eventually, the smaller, furrier creatures grew to fill the void left by the erstwhile dinosaurs. By this time, however, the creator was sleeping deeply. Nothing on Earth would disturb him for some time.

Around noon, God awoke. He saw what he had created, and behold, it was . . . not great. The animals had eaten much of the vegetation and trampled the ground. The sea teemed with monsters. The Lord was wroth. When he went on his bender the night before, he had not thought of the consequences. He considered destroying the whole thing and starting over but, ultimately, he did not want to be that kind of god. He might be careless—even irresponsible—but evil? That was a bit much. No, this god felt some sense of responsibility, even while he was hungover.

Still, as creations went, this was embarrassing. It was a self-damn mess in here.

“What in the still-unnamed underworld am I going to do now?” he asked into the void. “I didn’t want any of this.” He sat down to think.

Finally, he said, “I’m not dealing with this mess. I’ll hire someone else to take care of it.”

The trouble was there was no one else to hire. None of the angels seemed up to the task, except Lucifer, and something about the way that one looked at him made him hesitate when he thought about willingly handing over power. He would have to create someone to clean up the place and whip it into presentable, working order.

Thus, The Lord created people, male and female, in his own image. He formed them out of the dust and blew the divine breath—which still smelt vaguely of alcohol and vomit— into their lungs. (It is this last tinge of alcohol on the divine, life-giving breath that accounts for humanity’s inability to act rationally.) The Lord set up a small garden—it looked good next to the rest of the creation, which had grown out of his piss and vomit—and placed the new couple there.

He provided minimal instruction and left them in charge. And it was evening, and it was morning, the sixth day. On the seventh day, God rested. He is still sleeping it off.