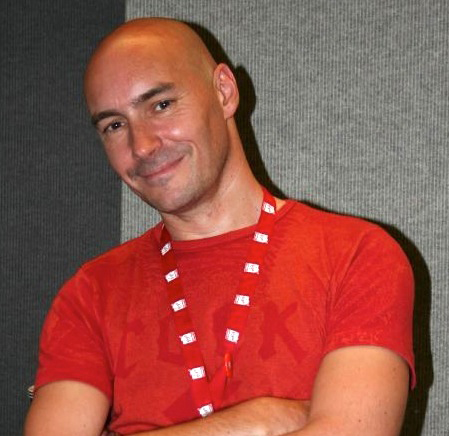 Grant Morrison, MBE is a Scottish comic book writer and playwright. He is known for his nonlinear narratives and countercultural leanings in his runs on titles including DC Comics' Animal Man, Batman, JLA, Action Comics, All-Star Superman, and Doom Patrol; Vertigo's The Invisibles; Marvel Comics' New X-Men and Marvel Boy; and Fleetway's 2000 AD. He is also the co-creator of the Syfy TV series Happy! starring Christopher Meloni and Patton Oswalt.

Every kid knows the story of how Benjamin Franklin, one of America’s foremost Founding Fathers, proved beyond a shadow of a doubt that lightning and electricity are one and the same, in a remarkable, historical experiment involving a key, some string and the ever-changing sky itself!

But how many know the true circumstances of Franklin’s audacious demonstration, or how a gigantic electric sky bear played a pivotal role in this historic scientific breakthrough?

It all began on a stormy summer night in June 1752, when 47-year old Benjamin (“Ben”) Franklin, the renowned polymath and humorist nicknamed “The First American,” embarked upon an ill-starred attempt to unlock the front door of a cloud he’d mistaken for his Philadelphia home following a hard night’s chess-based carousing and debate with fellow Freemason, Enlightenment political theorist, and comedy Scotsman, Dr. William Smith, the Episcopal priest and editor of ‘The American Magazine or Monthly Chronicle for the British Colonies’.

Somewhat the worse for wear, and having mislaid his trademark pince-nez, Franklin found himself uncharacteristically bamboozled by a simple meteorological phenomenon. Somehow misconstruing the storm cloud gathering overhead for his sturdy ground-based cottage environs, the esteemed Justice of the Peace for Philadelphia was naturally dismayed to discover his erstwhile domicile hovering several thousand feet up in the air and rain, high above his balding pate!

As the tempest grew in intensity, Franklin reasoned that the safest place for him was indoors—and swiftly devised a plan that was to change scientific history.

If he could somehow contrive a method by which to open the door of his currently hovering domicile, the pseudonymous “Richard Saunders”  felt certain he could pull the house back down to earth, hoping to draw it close enough to climb through the door, find his bed chamber, and go to sleep, praying to “Powerful Goodness” (his name for a God in which he could not bring himself to believe, except during episodes of existential crisis and fear like this one) that the whole damn sickening thing would stand revealed as a rarebit nightmare come the dawn.

But the key was tucked away in his breeches’ pocket—and the lock was now far above the ground! The only major scientist to side with Christian Huygens’ wave theory of light was now at a loss.

Fortunately for the face on the $100 bill (or “Benjamin”), he’d maintained a small but lucrative sideline in the sale of party novelties, such as Swanee whistles, silly string, confetti cannons, and, as luck would have it, balloons!

In no time at all, the wily secretary of the American Philosophical Society had tethered his front door key to a swiftly inflated festive balloon. But how to retrieve the key when its work was accomplished and entry achieved?

Dame Fortune smiled once more on Franklin after a quick search through his bag of tricks uncovered an aerosol can of fluorescent spray string, ideal for his purpose.

As he lofted his bizarre confection of twine, balloon, and house key into the raging storm, he saw before him a stupendous sight destined to change destiny forever!

It was then Franklin understood: what he’d assumed to be the roaring of thunder was, in truth, the snarling, yet still comprehensible, curses of a vicious, formidably intelligent, and phenomenally outsize sky bear, with eyes, teeth, and claws of living lightning!

As far as the clinically obese Philadelphia Postmaster could discern, the Brobdingnagian bruin was several hundred feet tall and seemingly made of a dark, cloud-like material. Unlike its terrestrial cousins—those conventional, ground-based bears that tend to favor a cave-dwelling lifestyle—this airborne representative of the species ursus had made its home in the vaults of the heavens themselves!

And it was angry, with a capital A!

This is MY house, not yours! the bear made clear in a series of awe-inspiring utterances that rocked Franklin on his cobbled heels. YOUR house is behind you! Trying to break into MY cloud-house using YOUR front door key will never work. But you have my word—the nation of electric sky bears will leave you alone if you leave us alone! Take my assurance that lightning is electricity and begone!

To be honest, Franklin’s description of the beast is lacking in further detail and does not suggest that what he witnessed was anything other than a cloud; certainly, his report contains no identifying features of any kind of animal.

Is it possible that Franklin, the noted author, satirist, and “cautious abolitionist” who had already confused his house for a cumulonimbus, made the understandable error of mistaking a second cloud for a wild sky animal on a gigantic scale?

Whatever the reality, there’s no doubt that the alleged bear played a pivotal role in the advancement of human knowledge, and that’s a big plus in anyone’s CV!

The story has been filmed as Son of Sky Bear, starring Montgomery Clift, Bradford Dillman, and introducing John Cassevetes as Geronimo.