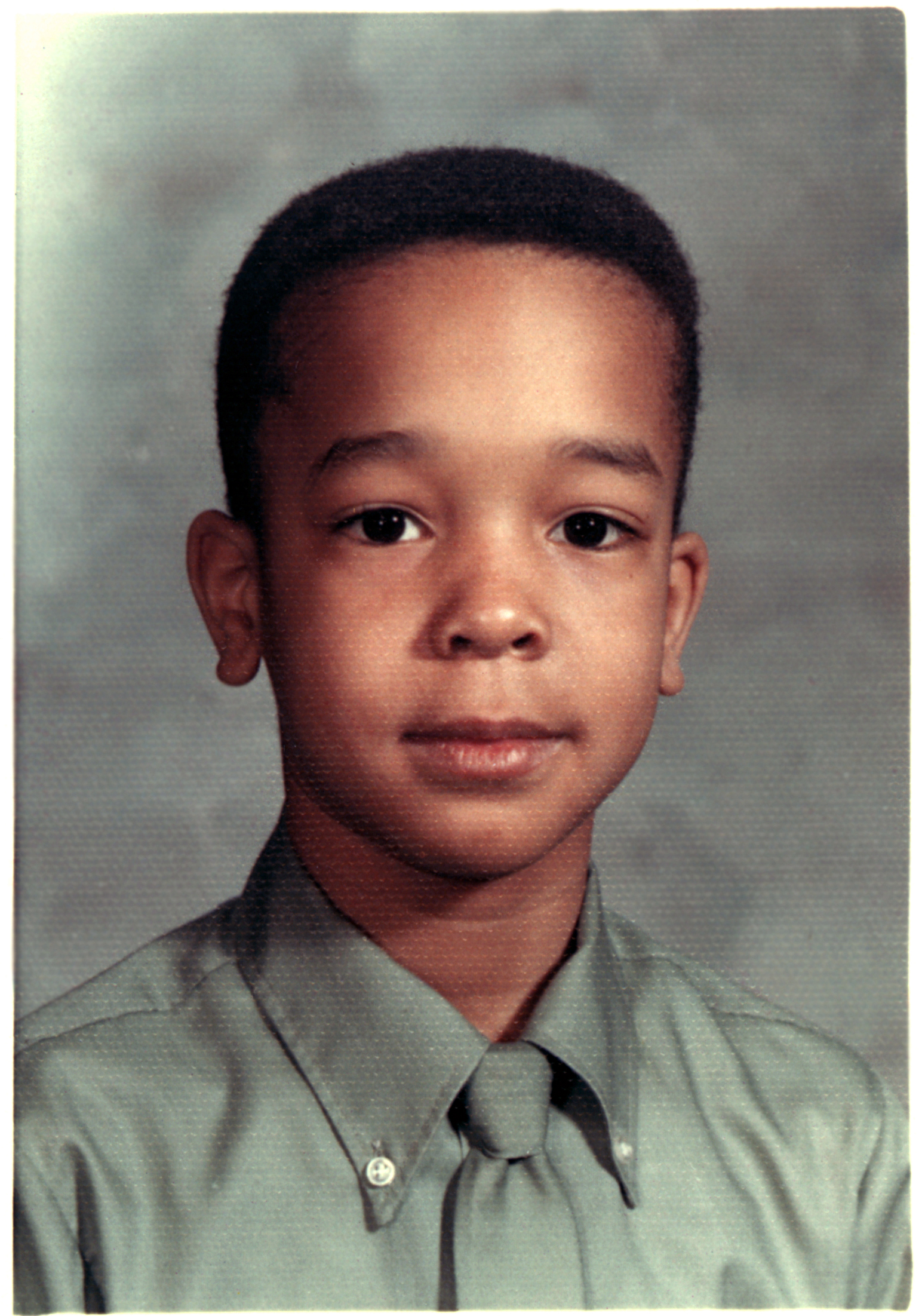 FRANKLIN VS THE VAMPIRE HUNTER

The stranger’s name was Zachary Ulysses Griffin, and when we first laid eyes on him, he was steering his immaculate 1972 Buick Riviera into the parking lot of Clarence and Mattie’s Seasoned Skillet.

The Seasoned Skillet is where most of Franklin goes for breakfast when it’s too hot to fry bacon in your own kitchen. Clarence and Mattie are without question two of the least gifted cooks in Franklin, but they compensate for their food’s lack of quality by offering generous portions of it.

When Zachary stepped into the establishment every eyeball in the place rolled in his direction. He looked as cocksure as a Marlboro cowboy as he sauntered up to the counter, took himself a seat and ordered a cup of coffee.

Like the rest of us, Mattie was curious as to what could possibly bring such a charismatic stranger to Franklin. Unlike the rest of us, Mattie has never been shy about sticking her nose into the personal affairs of a total stranger. She poured him a cup of weak, lukewarm coffee and commenced to peppering him with questions about everything from his birthplace to his hat size. After learning that Zachary preferred boxers over briefs, Mattie finally got ’round to posing the question that we were all so desperate to have answered.

“What brings you to Franklin?”

We all stopped grinding our teeth on burnt toast and leaned a little in Zachary’s direction so we wouldn’t miss a word of his response. He took a sip of his coffee, winced, looked Mattie dead in the eye and said, “I’m here to slay your vampire.”

Now, folks in Franklin have had a ringside seat to a whole lotta oddities that defied science, reason and propriety. As a result, we’re not too quick to dismiss even the strangest and most peculiar of notions as out-and-out nonsense. But there are two things about which we remain absolutely certain: time travel is hogwash and there’s just no such thing as vampires. (Our list used to consist of three things but the tragedy that befell Jada Navarro’s quinceañera proved that pterodactyls are definitely not extinct and definitely not vegetarians.)

Anyway, upon hearing that Zachary fancied himself a vampire hunter, Mattie emitted an involuntary snort that spoke for just about everyone in the diner. She refilled his cup with more of her watery blend and politely informed him, “There’s no such thing as vampires.”

Whereupon Zachary smiled at Mattie from across his cup of unpalatable coffee and made her blood run cold with the simplest of queries.

Those three little words floated through the Seasoned Skillet like a bunch of dandelion seeds riding on a warm breeze. They drifted into our ear canals, spun ’round our cochlea and came to rest deep inside our brains. They might have withered and died there, but Zachary was quick to nourish them with plenty of fertilizer.

He turned on his stool and regaled us with thrilling tales of the vampires he’d dispatched and the grateful people who scrawled poems about his adventures. But his most harrowing recitation was the story of a town filled with skeptics who came to ruination because they could not accept the fact that a bloodsucking monster could be hiding in plain sight.

At this point Randy Patton—he teaches math at the high school—had heard just about enough from Zachary Ulysses Griffin. Randy stood up from his plate of undercooked eggs, interrupted Zachary and firmly reminded us that vampires simply do not exist.

Zachary was clearly agitated by Randy’s impertinence. He slid off his stool, tossed a crumpled fiver on the counter and headed out the door while throwing an ominous, “You’ve been warned,” over his shoulder.

For a little while it seemed like that was the end of it. But that afternoon, the seeds Zachary planted began to germinate.

Carter Gibbs was in the process of shoplifting a bag of chocolaty Butterfingers from Siddig’s Market when he caught sight of Mattie loading two dozen bulbs of garlic into her shopping basket. Mattie tried to claim that she was preparing to whip up a tub of tahini sauce, but given her aforementioned lack of culinary skills, she was clearly being dishonest.

Mattie sheepishly confessed that Zachary’s horrific tales had put a scare in her. And while she didn’t necessarily believe in vampires, she also didn’t see the harm in stringing together a garlic necklace as a purely precautionary measure.

After Carter slithered out of the market with his ill-gotten candy bars, he immediately spread the word about Mattie’s purchase. And as you might expect, that led to an all-out, full-blown, no-holds-barred run on garlic.

Within an hour every store in town was hanging a “No More Garlic” sign in the window. That left a lot of fearful people clamoring to get their hands on anything that might protect them from the evil creature of the night that was undoubtedly living right next door.

Fortunately, the trunk of Zachary’s Buick Riviera was practically bursting with garlic bulbs, holy water and pointy wooden stakes. And as luck would have it, he was willing to part with the tools of his trade for just slightly

more than the retail price. We were in a frenzy to fork over cash for everything he was selling, when Randy Patton elbowed his way to the front of the crowd.

Randy Patton has never been one to raise his voice. He usually lobs his pertinent observations at us while standing a healthy distance away from whatever fracas might be taking place. But on this day, that changed. Randy clenched his fists, took a deep breath and expended every bit of it when he let loose on the whole lot of us.

He read us the Riot Act for allowing our actions to be governed by irrational phobias and falling prey to a mendacious, fear-mongering charlatan who had never glimpsed, encountered or slain a vampire, because vampires simply do not exist.

At this point Zachary Ulysses Griffin had heard just about enough from Randy Patton. He was a blur of motion as he whirled around, yanked a wooden stake from the trunk of his car and plunged the pointy end of it straight into Randy’s chest.

To be sure, Randy was most times an annoying know-it- all. But he was also the man who’d dedicated his life to teaching our sons and daughters the value of trigonometry. And the sight of him bleeding heavily from a massive chest wound was more painful than anything a vampire could have ever done to us.

When Randy fell to the ground Doc Mendoza was by his side in the blink of an eye. She did her best to stop the bleeding while Bumpy Tate called for an ambulance. And as they sped Randy to the hospital the rest of us trailed behind them with all the speed we could muster. But Clarence and Mattie stayed behind. They had to clean up all the wooden stakes and garlic we’d hurled to the ground in their parking lot.

Though the vampire-killing stick didn’t turn Randy into a cloud of smoke and ash, it did fracture two ribs and collapse a lung. But Doc Mendoza says that after a few weeks of physical therapy, Randy’ll be back to teaching young minds about cosines and tangents.

As for Zachary Ulysses Griffin, he disappeared. In all the confusion he must have hopped into his immaculate Buick Riviera and sped out of town. We don’t imagine he’ll ever return to Franklin. After all, we are more certain than ever that vampires do not exist.

But we have concluded that there are some monsters capable of hiding in plain sight.